Lemon Production in West Africa – Is it possible?

Yellow Lemon Production in West Africa - Is it even possible?

Diana Salkauskiene, eGro´ s Chief Scientific Officer has writen a science blog about what, how and why we experiment with Yellow Lemon production in Northern Ghana

In 2016 the plan for our Ghana project was to start our first productive food forests, today we have 112 of them in 8 villages.

We early on decided to plant 4000 trees; 1000 acacia that would help the other trees, and 3000 trees that would produce fruits. We found mangoes, cashews locally, but we went to great lengths to find seeds for the yellow lemons.

Lemons in Northen Ghana, in Sahel, just south of Sahara, one of the hottest places on earth. This was not local species and it was not for local consumption either. De decided to do this for the exports potential in large volume to the food ingredients industry that retrieves pectine from the lemon skin. 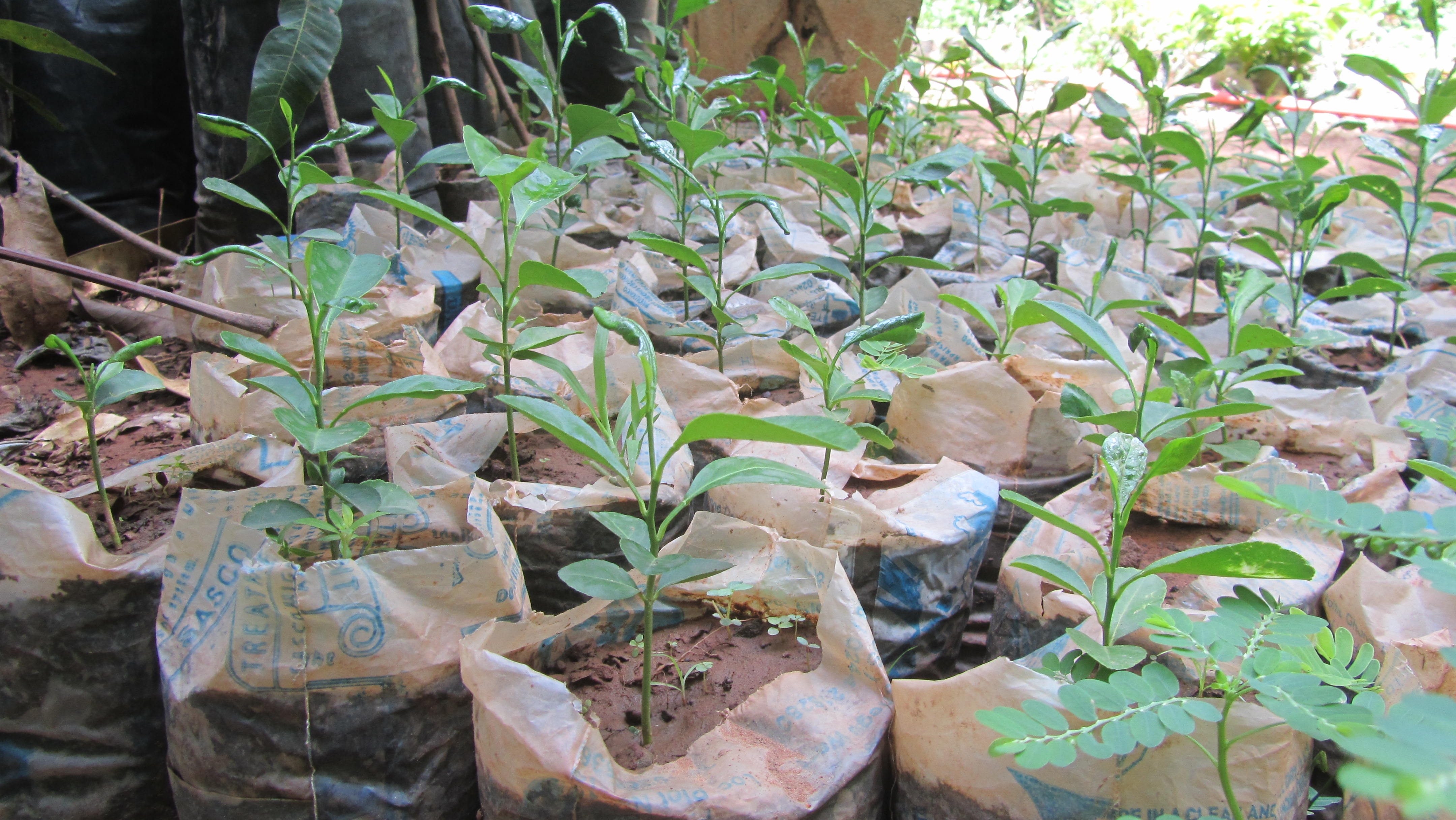 We got a 1000 lemon seedlings from our nursery partner in the "ground" in January 2017, but they were all poor in growth and infected when time came to move them to the fields during rainy season, and had to be reseeded in their grow bags for 2018. This summer we finally got them in the ground in the care of the best of our farmers. They had already proven a succesful survivability with the other species.

So why on earth did we even consider to grow Mediterranean trees out of their natural environment in semi-arid climate? On the Sahelian savannahs poor and dry soils. 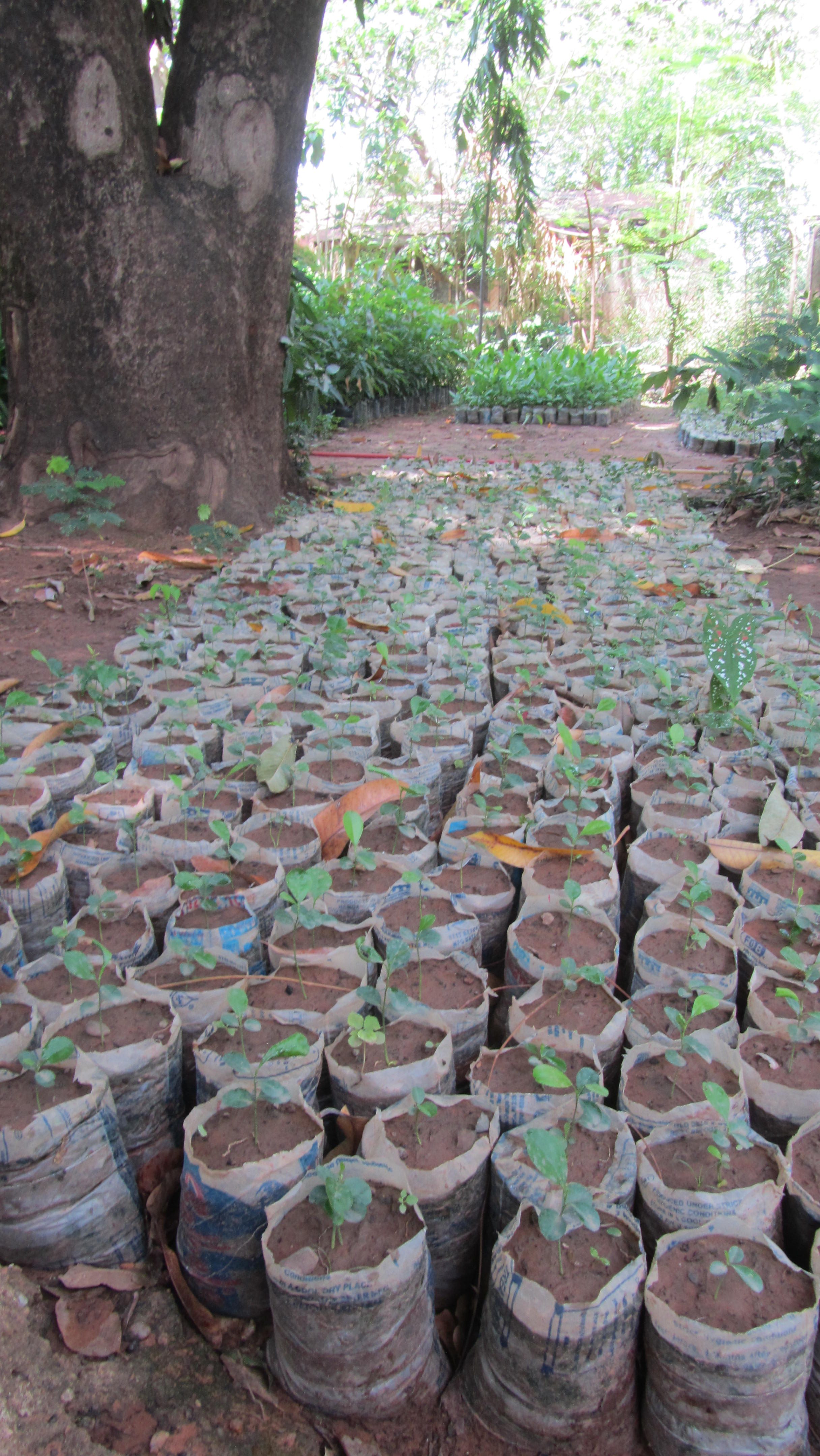 Can it be done?

At first, the idea sounded ridiculous.

Lemons or for that matter all citruses are not species for West Africa (they are however producing lime and lemon in the South). They are subtropical trees that like to have cool periods were temperature drops below 20 degrees celsius for several months during winter. This period of cool temperatures causes citrus trees to become dormant for about three months. It promotes floral induction. Warm spring temperatures among other things stimulate the resumption of vegetative growth, induced buds grow and produce flowers. West African climate, obviously, has no cold periods, moreover there are extreme temperature drops during storms to prolonged drought and hot weather periods during winter.

I would be surprised if that poor lemon tree would be able to reach maturity.

And even if it does there is a great risk that fruits composition would be just off. It is documented that citruses grown in tropical regions due to higher competition for the resources develop lower total soluble solids. Which basically means that fruits can become low in acidity, insipid and dry. 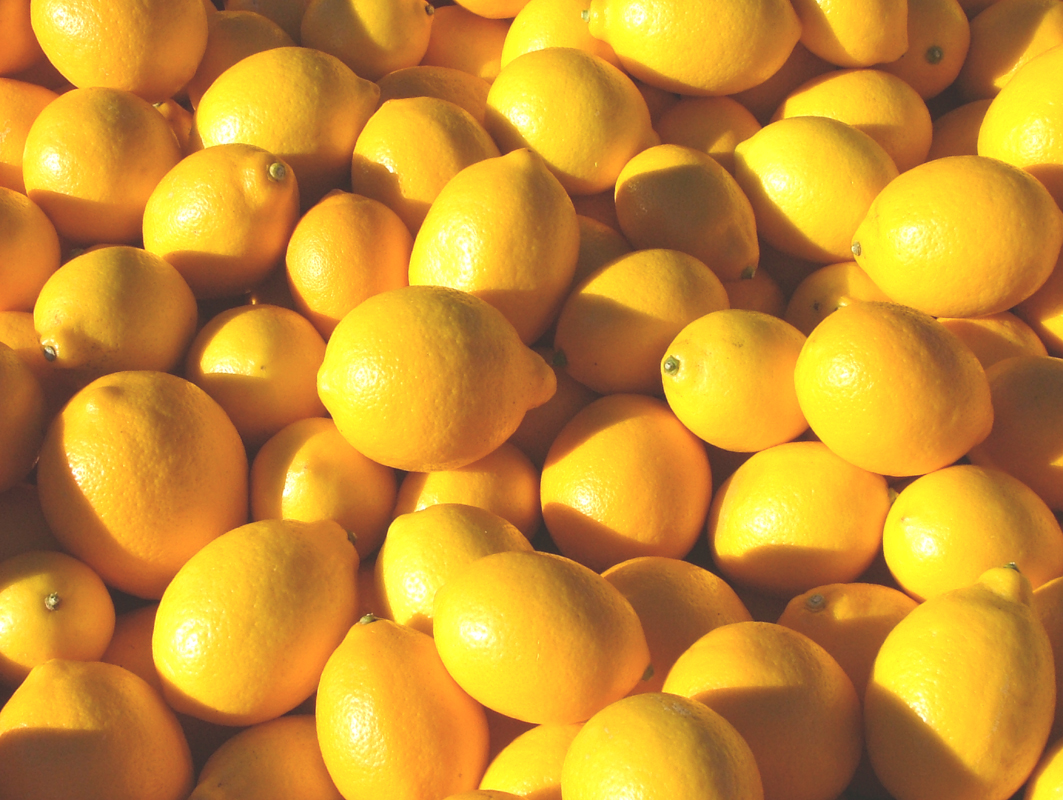 So why would we do it? And more importantly how?

It is an experiment.

We are pushing the boundaries of  climate zone limitations. With crazy climate changes happening you never know what possibilities will open up. For example, people are growing grapes and making wine in Denmark. Wine that is store good quality. And you can buy it in some boutiques around Denmark. The Danish wine industry is not profitable yet but still - with summers getting warmer each year - you never know.

Lemons on the other hand is not a wine.

It is not a luxury item, it is a necessity that can be found in every household. And while demands are growing every year market keeps failing. Mexico and the United States are two big growers, who have a lot of problems due to droughts and diseases.

Europe is also not doing well.

Spain has suffered “one of its worst seasons for a long time” last year (2015), multiple reports states. Spain had extremely high temperatures, while there have been droughts in the key southern hemisphere production areas such as Brasil.

These have led to smaller yields and smaller-sized fruits. But the global market still need those fruits and not only for our salad dressing, lemons are widely used in flavors, drinks, beauty products, food ingredients etc. In fact lemon sales have enjoyed a 16.9 per cent sales increase in 2016, equating to an additional £12 million in sales [Kantar Worldpanel, 52 w/e 28 February 2016]. The rise in popularity is such that growers are reportedly struggling to keep up with demand.

So our logic is simple - climate change limiting production in one area creates possibilities in other areas?

The good news here is that India over the past years have become the main lemon producer worldwide as a result of many new plantings made from 2000 to 2010. India's climate is milder than Africa's although it is still tropical with temperature not dropping below 18 degrees celsius. So it is possible, no means to outcompete India, but still. It looks like they took this strategic opportunity and outsmarted everyone.

This is how we can do it

Climate-induced differences can be overcome with cultural practices. In tropical climates, trees starts to follow drought periods, because there is no period of cold temperature to induce dormancy vegetative growth. So all cultural practices has to be focused on avoiding competition which occurs at very rapid increase in vegetative growth in spring after a drought period. High competition for resources and lack of nutrition is the biggest issue here.

So cultivars have to have strong root systems and it is important that they would be cultivated in the same climate before they are transplanted to the ground. Secondly, irrigation and nutrition are very crucial. We hope that our eGro model can solve this and provide the needed environment. Thirdly, pruning and shade is important. Even though citrus trees can tolerate shade and still flower and fruit, maximum flowering occurs when trees are grown in full sun and light penetration through the canopy is maximized. Therefore, pruning — including topping and hedging — to avoid crowding is extremely important for optimum flowering.

And still with all this knowledge there is a lot to learn. The only sure thing is, that we are creating forest-like environment and trying lemons together with other trees that are proven to thrive in that area; acacias, mangos, cashews (See our eGro model for more info on our farming methods). Hopefully lemons will be protected from big winds and temperature extremes and will be able to reach maturity. And then maybe even they will be able to carry some fruits. It would be amazing. Wouldn't it?